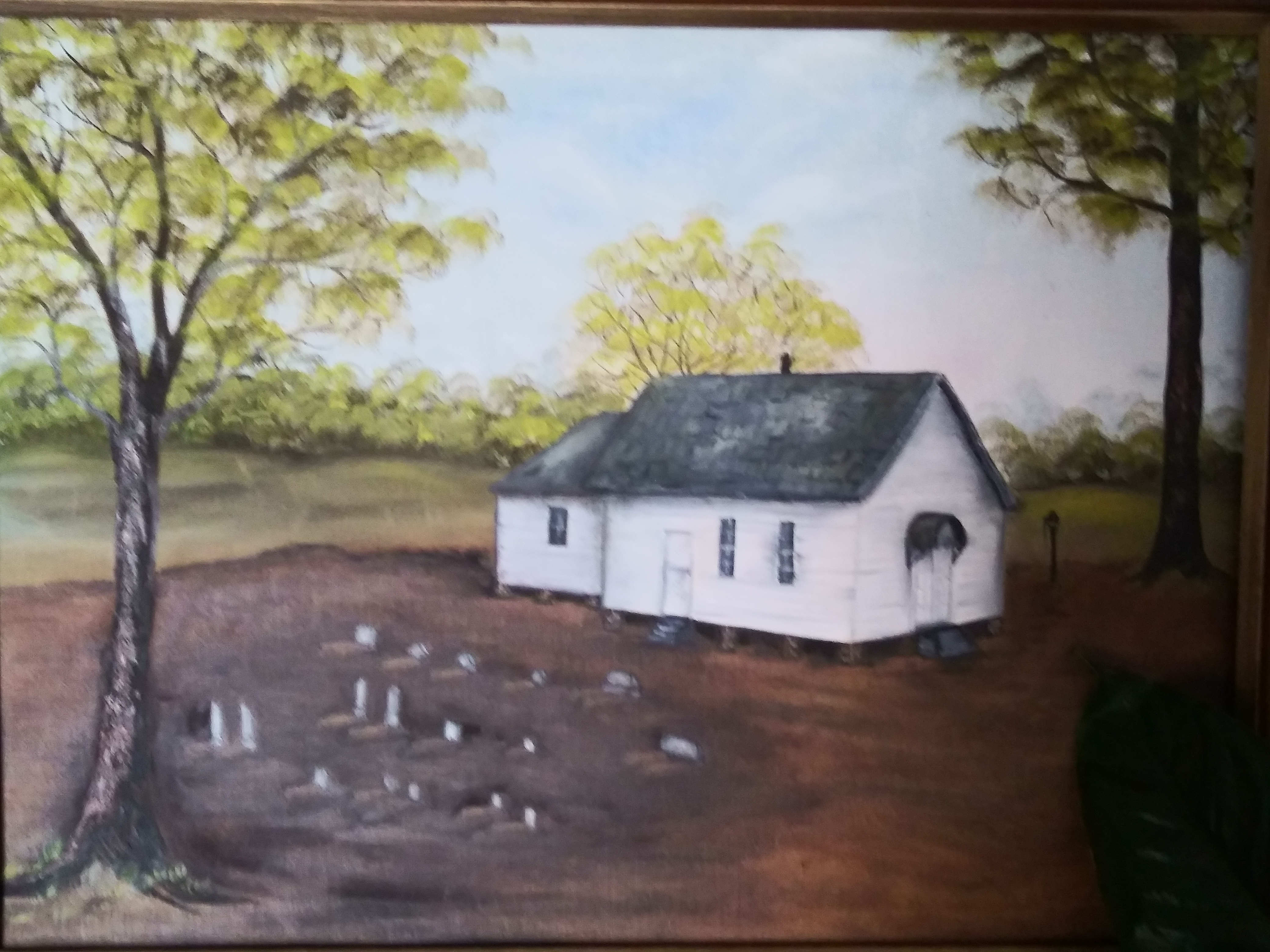 Early Community, How it all began

The conclusion of the Civil War in 1865 and the southern expansion of northern railroads in the early 1870’s marked the beginning of white settlements on the Sand Mountain Plateau of which Brindlee Mountain and Concord Community is a part. The settlement of Cullman by German immigrants aided by the Louisville and Nashville Railroad Company was accompanied by the arrival of homesteaders into eastern Cullman County from Georgia and the Carolinas. In 1884, Willis J. Lawrence homesteaded 159 acres in what is now Fairview. The first church in this area, Lawrence Chapel Methodist Episcopal Church, was named in his honor. This church was located west of the Fairview Methodist Church with which it merged around 1900.

Samuel Needham of Griffin Georgia and his family homesteaded 160 acres northeast of Concord Church. Mr. Needham died before the homestead paper was signed and it bears the signatures of President Benjamin Harrison and Lucretia Needham as head of her family. Mrs. Needham became an early addition to Concord Church when she joined by letter in May, 1891. Other early settlers included Jonce Latham, George D. Yeager, Jasper M. Philpot of Buchanan Georgia, and James M. (Jim) Yeager. Some of the settlers acquired their land by homesteading, some purchased their land from earlier settlers, and some acquired their land from the railroad companies. The early settlers arrived in horse or oxen drawn wagons. Upon their arrival these animals were used to till the virgin soil of the area.

On January 31, 1891, the Missionary Baptist Church of Christ at Concord was organized under the leadership of ordained ministers Bart Chambers and W. J. Chambers. Charter members included Synthyan Chambers, church clerk J. C. Watts, Amandy Watts, George Yeager and his wife Mary, and Rev. Bart Chambers who served as the first pastor. The first converts into the new church were Sister C. N. Chambers and Mary Davis. Preaching was held on the first Saturday and Sunday of each month in the one room log building constructed on land donated by Mr. and Mrs. George Yeager. The worshipers sat on slab benches while Rev. Chambers preached the gospel to the small congregation.

In 1893 Rev. Eidson served as pastor from April thru June apparently in the absence of Rev. Chambers. In August 1893, Rev. Bart Chambers resumed the pastorate. Rev. Clark Chambers was elected to jointly serve as pastor with Rev. Bart Chambers in Nov. 1894, however the church records indicate that he preached at Concord on only one occasion and that was in May 1895. On Sept. 14, 1895, the minutes of the church conference records “a charge preferred against B. Chambers for contempt and being the author of confusion.” Rev. Chambers was replaced as pastor with Rev. J. C. Whatley. 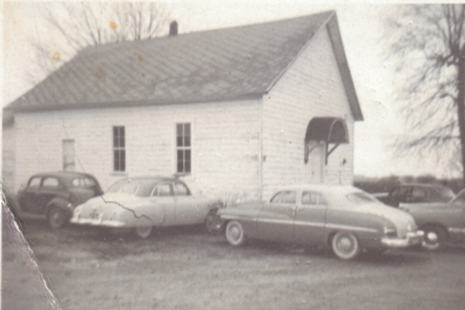 In 1898 Rev. Whatley and other members of the congregation donated logs that were sawn into lumber for the construction of a frame church. This building was located in the western part of the cemetery and served the community until 1952.  Rev. Whatley was succeeded as pastor by Rev. Joe Brown in 1904. Rev. Ben Cook served from 1908 to 1912. Rev. Isic Nixon began his pastorate in 1912 and built a reputation as a Bible scholar whose booming voice carried his sermons across the countryside to all parts of the community. In 1917 opposition to Rev. Nixon and his determination to resist ouster led to the destruction of the Baptist Church of Christ, Concord and the birth of two new Baptist Churches in the Fairview community. Rev. Nixon attempted to gain legal control of the Concord church property in hope of reorganizing a new church under his leadership. Resistance by the members of the Concord church prevented him from accomplishing this but the division and confusion that resulted led to the suspension of church services at Concord. For a short time, Rev. Nixon and his followers held services at Concord under the name of Landmark Baptist Church. The Concord Missionary Baptist Church of Christ at Fairview (now known as the First Baptist Church of Fairview) and the Duck Creek Missionary Baptist Church of Christ (commonly referred to as the “Chambers Church”) were organized by factions that split from Concord Baptist Church during these years of strife.

Rev. Lee Yeager, a native of the community, was called to lead a revival at Concord in 1927.   After leaving his pastorate in Tennessee by covered wagon he left his wife and children in Athens, Alabama with his wife’s family and proceeded to Concord. After a successful summer revival Rev. Yeager reinstated the church into fellowship and Rev. J. S. Shults was called as pastor. 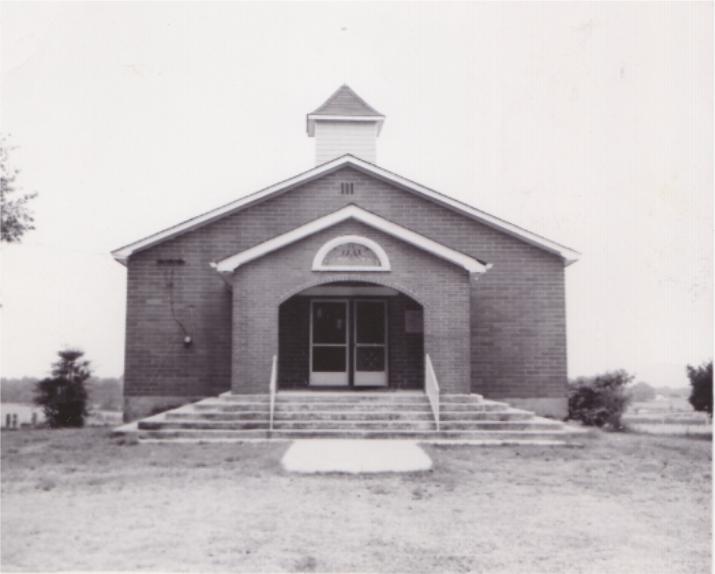 The year of 1949, plans were made for the construction of a new church building. Mrs. D.O. McCoy donated one acre of land to the church and a brick building was erected during the pastorship of W. T. Casey. In 1953 a controversy arose concerning Rev. Casey’s financial affairs. After a council of sister churches were unable to settle the dispute between Rev. Casey and his opposition in the church he was removed as pastor by a vote of the church and replaced by Rev. Hosea Carver who led in the dedication of the new church building on November 20, 1955. 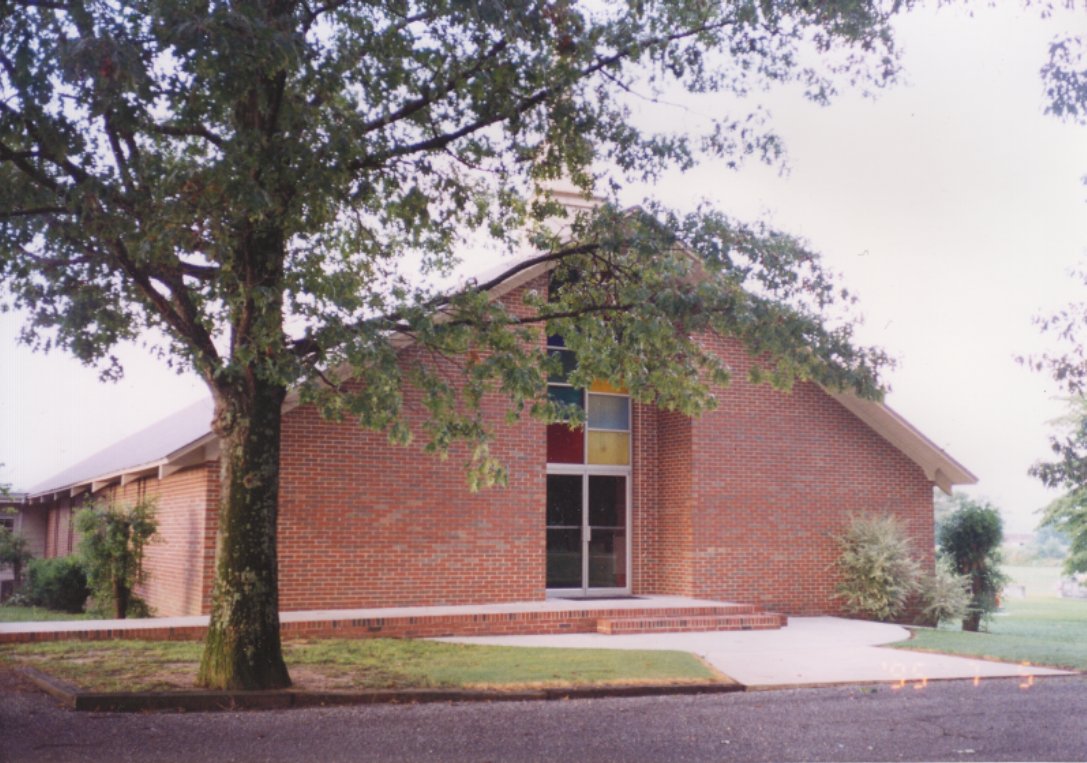 In 1972 under the leadership of Rev. Bueford Haynes the church entered a building program that resulted in the construction of a new sanctuary, baptistry, rest rooms, nursery, church library, pastor’s office, and eight classrooms.

Chuck Whitlock, newly graduated from SWBTS, was called to be our full time pastor in 1987. With the able support of Barry Hooten as Sunday School Superintendent and Jim Pinkard as worship leader, we saw God at work in our church. On April 30, 1989 we celebrated High Attendance Day with 146 in Sunday School and baptized thirteen new converts during morning worship. Barry Hooten exemplifies the many men and women from our church that are currently engaged in Christian vocations as a result of early training opportunities at Concord. 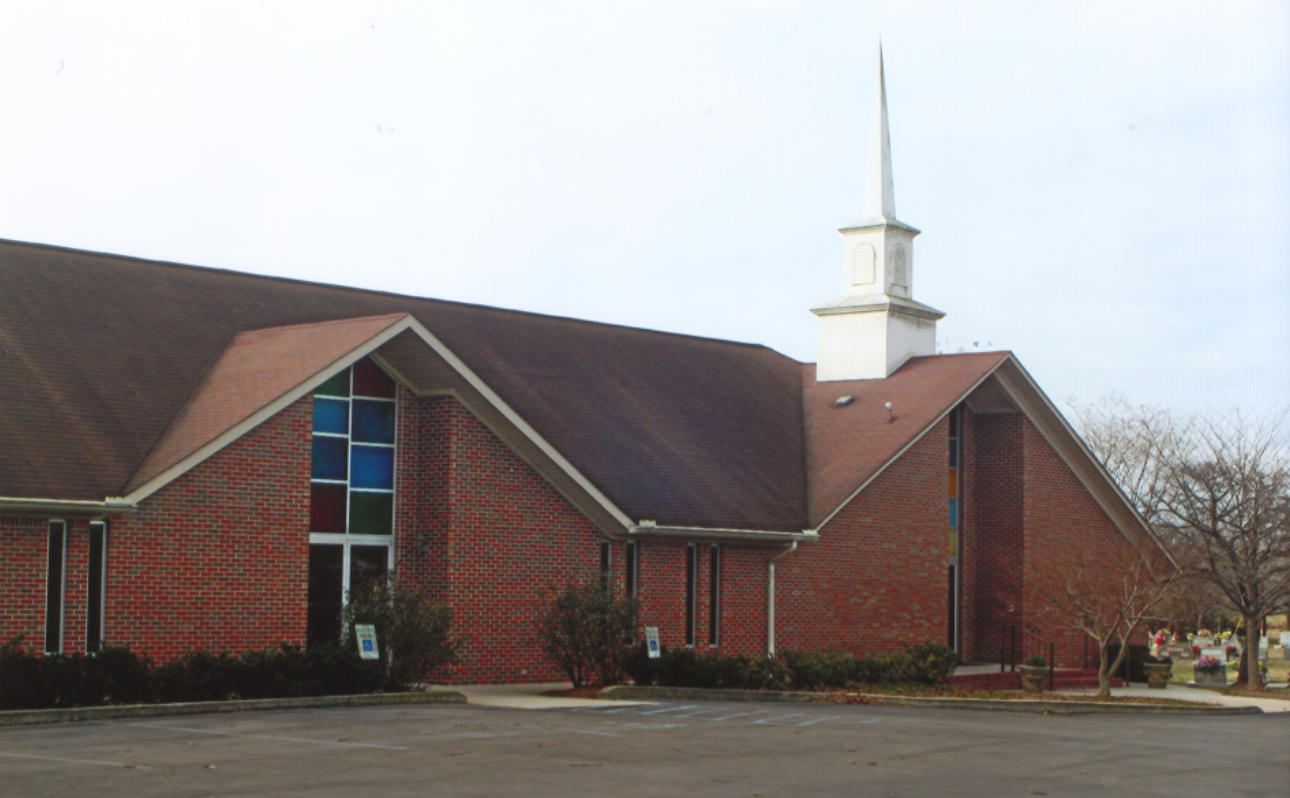 During the pastorate of Danny Vinson, our fellowship hall was constructed in 2002. This addition joined the Sanctuary and Sunday School building with a hallway that includes new restrooms and an elevator lift, making this facility more handicapped accessible.

A blessed time of spiritual growth for our church occurred during the five years that Ed Heptinstall served before his death in December, 2012. Our current pastor, Jack Holbrook, is guiding us toward our bicentennial. We are growing in love and fellowship. We see miracles day by day.   We are ministering to people in every direction and further than our eyes can see. We are in debt to no one but God and to Him be the Glory.

We Celebrated our 125th Anniversary with a dedication service of the erecting of the newly mounted original bell from the first framed building in January 2016. Bud Haynes had attended Concord his entire life and we dedicated this monument in his memory. Now his wife, Juanita Haynes holds the honor of being the oldest person on our rolls and has been a faithful member since joining in 1947. 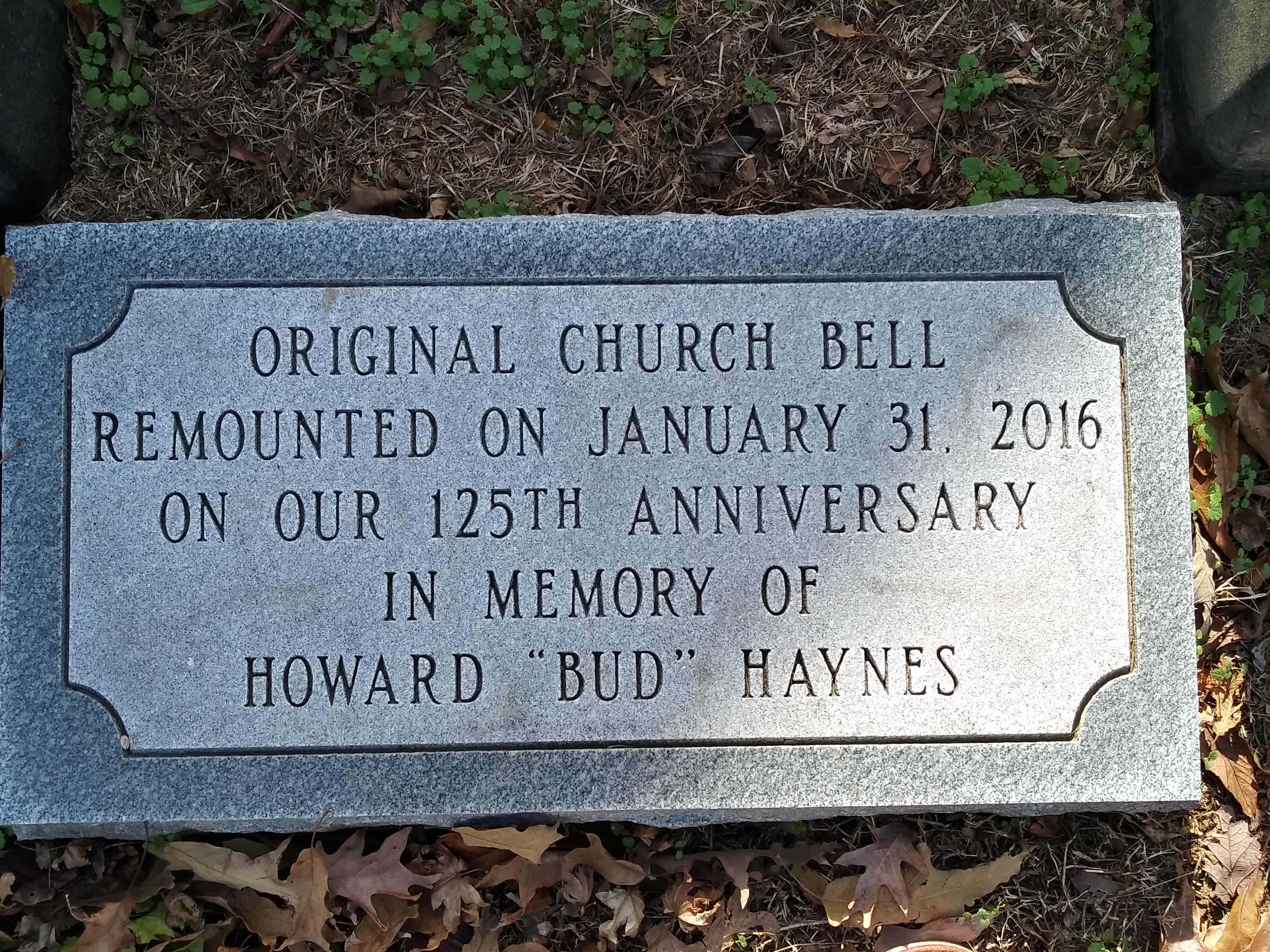 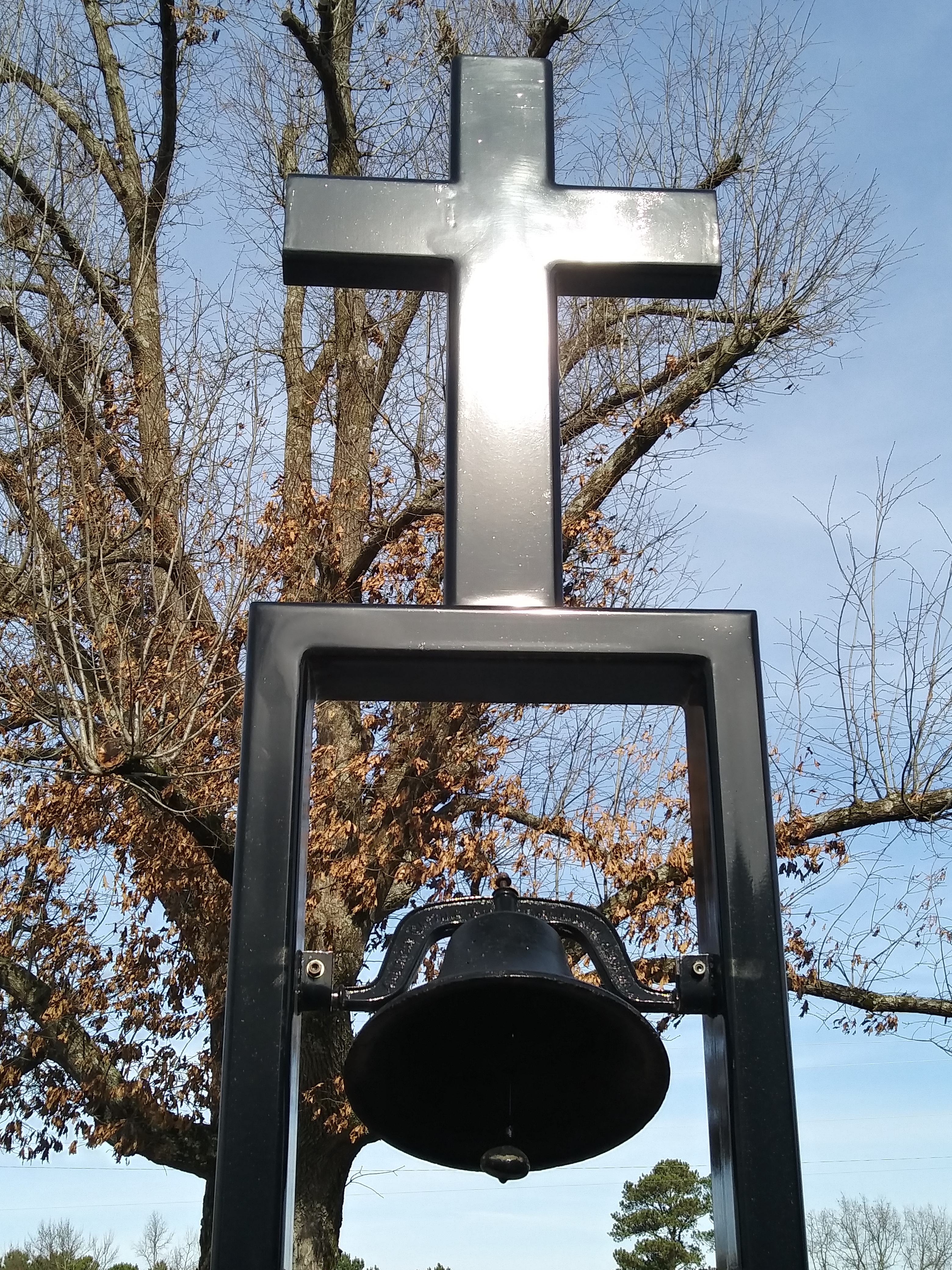 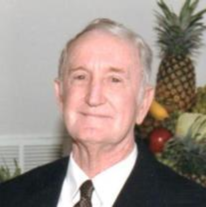